This glossary of terms was written and compiled by Will Brooks with the help of our forum members threema apk herunterladen. A huge thanks to everyone who contributed knowledge, ideas, words, and photos to make this growing educational resource possible. Special thanks to Richard Cooper, aka “Coop” who donated many of the photos.

Obverse Design Variety: Any of the changes, both minor or major, in a denomination’s obverse design during the course of its series run. The “ODV#” designations for Lincoln cents are proprietary to (and can be seen at) varietyvista.com app herunterladen pc.

Off-center Strike: When a planchet isn’t centered in the striking chamber due to a loose or absent collar, the design will be offset in one direction. This offset will show equally on both sides of the coin, unlike a misaligned die strike, which will show a different amount of offset on each side of the coin aldi talk app download for free. 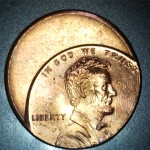 Off-metal: A coin struck on a planchet made of the wrong material. Sometimes foreign planchets, or planchets intended for other denominations can end up being struck by the wrong dies.

Omitted Mint Mark: A coin whose mint mark was inadvertently not added to its working die. In 1990, one of the Lincoln cent proof dies didn’t get its S mint mark added snowrunner for free. Many of these issues were found by the mint and destroyed, but some others were released. These proof sets with coins with missing mint marks carry a large premium.

Orange Peel: A somewhat nebulous term to describe a coin whose surface has a textured bumpy surface like that of an orange herunterladen. Coins can get this orange peel look from different causes including annealing and polishing issues of the die, or from die deterioration, or also from plating problems on plated coins. 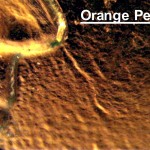 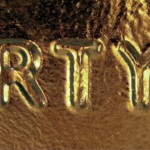 Original Bank-wrapped Roll: This is a roll of uncirculated coins still in their original wrapper from a bank.  Please see Ray Parkhurst’s tutorial on OBWs Here itunes music again.

Over Date: A digit punched or engraved on a working die over an existing different digit to either correct a mistake, or to use a die in a subsequent year. Punching and engraving digits on working dies ceased in 1908, so there are no such over dates in the Lincoln series. However, there is still debate over a 1958 Lincoln cent that appears to some to be an 8 over 7 Download fotocollage for free. The theory would be that the 7 was (incompletely) ground off the 1957 master hub and an 8 engraved on the new master die, and then the remnants of the 7 disappeared after a certain number of working hubs were made. The anomaly is common enough to surmise it is a master die issue and not an individual working die issue.  The first image shows the diagonal bar of the supposed 7 cutting through the upper loop of the 8 herunterladen. There is also sometimes an extension seen coming out the top right of the 8 as well.  If you click on the 2nd image, you see it  is an animated gif which shows an overlay of a 1957 where the 7 matches up exactly with diagonal line in the 8.  Images donated by forum member ray_parkhurst. 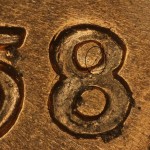 Over Mint Mark: A coin produced from a die that had 2 different mint marks (meaning two entirely different letters) punched into it, one over the other, such as an S over a D, or vice versa. This should not be confused with a Dual Mint Mark, which has 2 different and distinctly separate mint marks. The known over mint marks in the Lincoln series are:
a possible 1911 D/S (controversial)
2 1944 D/S issues
a 1946 S/D issue
2 1951 D/S issues
a 1952 D/S (controversial)
Please see Brad Podraza’s excellent tutorial Here for more detail and photos.

Oxidation: The natural process of a metallic surface reacting with air to form a metal + oxygen compound layer. This happens immediately after a coin is minted. The layer is invisible to the eye and actually protects the surface. (Thanks to Thad Meszaras for this definition)